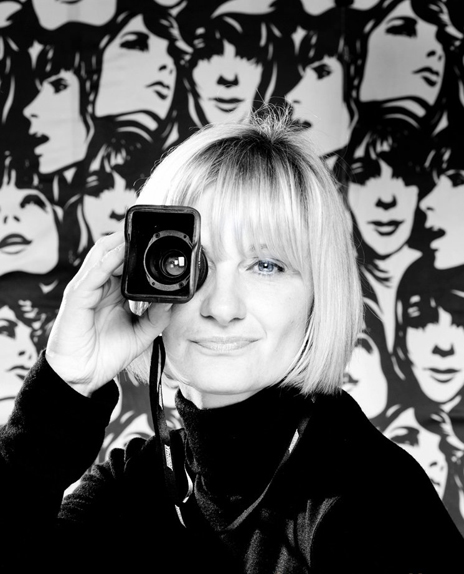 In 1989 Kim followed her passion for sixties rock and roll all the way to London where she felt right at home. She established an esteemed and dynamic career that kept her away from home for almost a decade. Kim’s work has taken her to over 50 cities world-wide. Highlights include: photographing legends in the music business, numerous cover shots for Rolling Stone magazine. Her work has been featured in every major music publication in England and Australia as well as winning first place at the National Youth Media Awards.

In 1975, my big brother took our family group shot at the Botanical Gardens. Our photos came back from the chemist with our heads cut off!   l asked my father if I can take the family shots instead. He said NO!

That was the moment when I decided that I was going to become a photographer . My father had always taken thousands of Super 8 family movies during the 60’s & 70’s ,may be it was in the blood.

At 18, a friend and I skipped an R.M.I.T Chemistry class to go around the corner and hangout at the posh  Rockman`s Regency Hotel.    It was the night after the 1985 Melbourne Queen Concert , we thought we might spot the band. It was exciting and amusing to see Freddie Mercury arriving in a separate limousine to the rest of the band. It was at this moment when I made the decision to follow my dream and go to London.

I feel  privileged to have met and worked with some of the worlds greatest music icons, in fact, every band that had a pIace on my teenage bedroom wall.(1992 -1998) The height of the” Brit Pop”  was my favourite period as I got to work with legends such as Blondie, David Bowie, Paul Weller Oasis , Blur  and The Who.